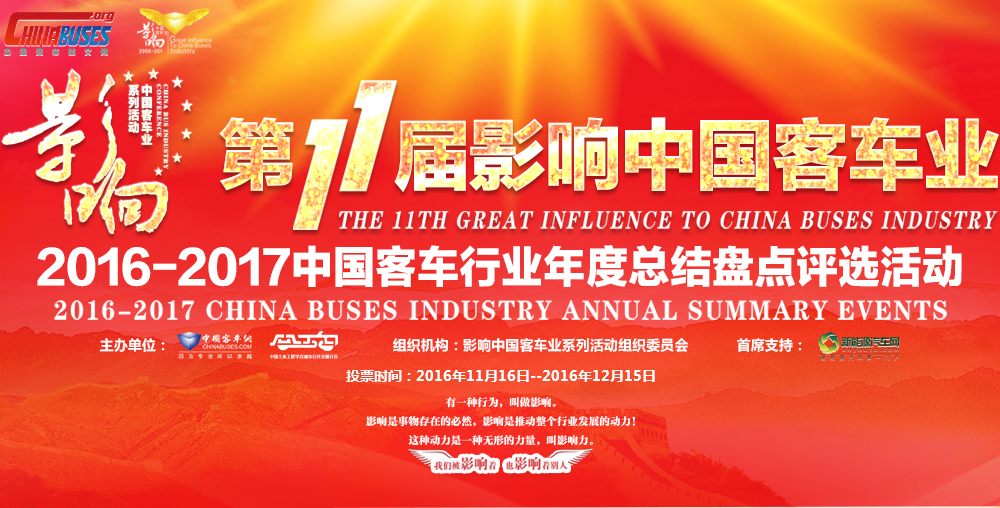 To all our dearest overseas readers:
As a window for overseas customers to know China's bus industry, we (Chinabuses.org) is sincerely inviting our global readers to cast your precious vote for the best-performing bus products from China. We sincerely hope that Chinese high-quality buses can be brought to your services and even more customers across the globe will be able to reap the benefits by operating Chinese buses and more passengers will be able to enjoy the travel comforts brought by Chinese buses.
On December 23, 2016, we warmly welcome all parties interested to attend our various events held as parts of our 11th Great Influence to China Buses Industry.

Successful! Thanks for your supports.